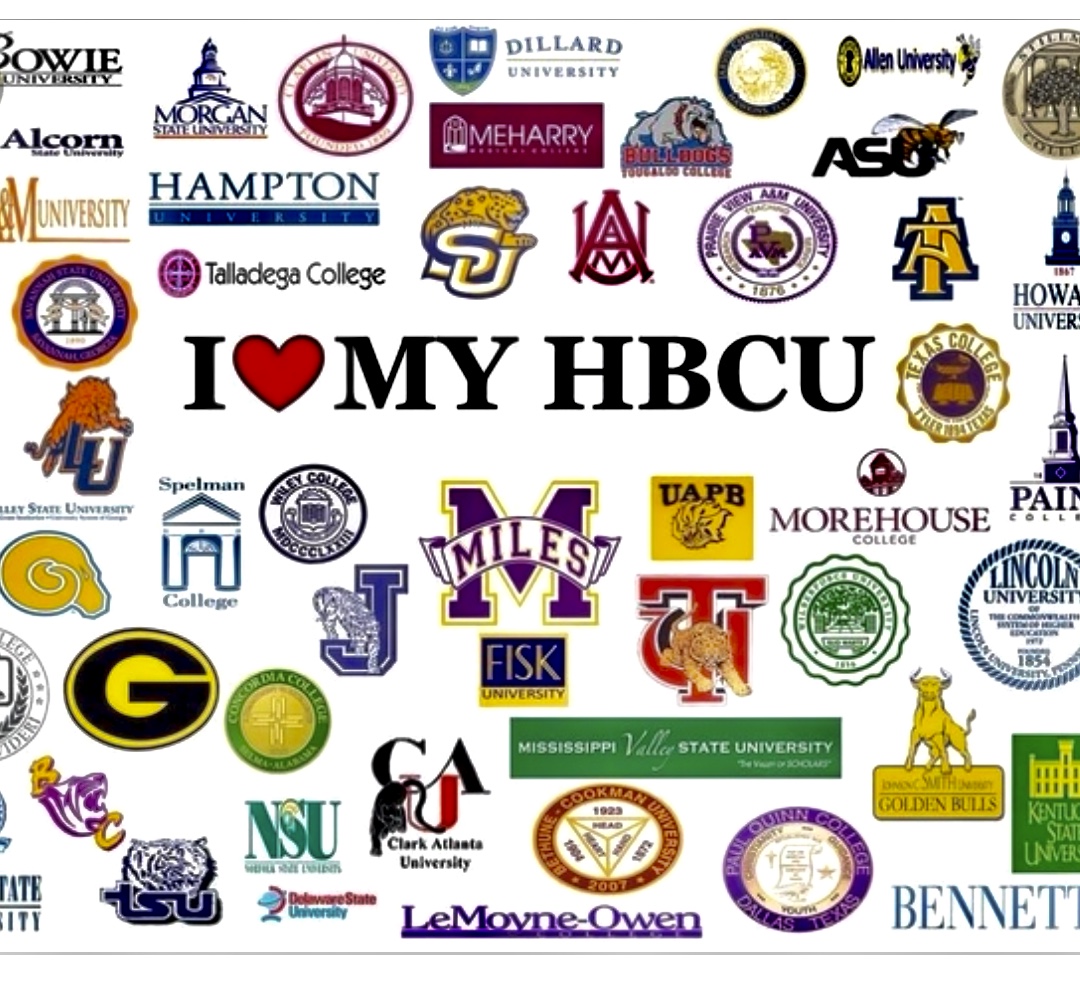 “Left Out To Stand Out”

I am so proud to be a product of HBCUs (Historically Black Colleges and Universities)! Moreover, I am excited that the world’s interest is peaked as general market audiences enjoy experiencing a slice of this rich culture that has been a part of many Americans’ entire lives! Although HBCUs have been in existence since the 1800’s, it is a culture and world unbeknownst to many until Beyoncé ‘s fearless historic 2018 Coachella performance became a conversation starter as to the inspiration behind the incomparable convergence of creativity and musicianship that many had never witnessed before(which was nothing short of genius).

An unfortunate part of our nation’s history is that an overwhelming majority of predominantly white institutions of higher-learning disqualified African Americans from enrollment. This disqualification had nothing to do with capability or capacity. During that time HBCUs were not only necessary, they were the only option for many to receive higher education!

However, those that were once left out, stood out.

Personally, I didn’t know how blessed (and spoiled) I was to grow up in a small city which was home to one of the (now)101 HBCUs in our nation! The high school I attended was literally on the same street as Lane College in Jackson, TN and I cannot remember a time when the culture of the HBCU experience was not a part of my life; moreover, a way of life. Each year included looking forward to homecoming parades, step shows, seeing friends and relatives at homecoming games and attending unforgettable graduations. I thought summer camps that enabled me to stay on campus before being college age was the best part of life!

At the same time, I grew up watching the majority of my closest family members thrive after matriculating from HBCUs. Lane College educated my mother, aunts, and grandmother. Uncles, aunts, and cousins attended Tennessee State University in Nashville, TN. Other Aunts and Cousins attended Fisk University also in Nashville and I was overly proud of my cousins who were Morehouse Men(Morehouse is an all male HBCU in Atlanta, GA).

Naturally, when it was time to choose a college, all of my choices were HBCUs. Although I had more choices, I was excited about choosing one of the schools of my forefathers and foremothers who had no choice.

They had been left out, but they stood out.

They stood out in such a way, that I wanted to follow in their footsteps, even with more options available to me. Personally, my high school friend group all chose HBCUs to attend, as well, not because they had to; but because they wanted to! My best friend went to Jackson State in Jackson, Mississippi and Spelman College in Atlanta, GA. Other friends went to aforementioned HBCUs in Tennessee, Alabama, Florida and Howard University In Washington D.C. My choice was Clark-Atlanta University in Atlanta, Georgia, part of the Atlanta University Center.

As a highly impressionable high schooler in the 90’s, it goes without saying that I was influenced not only by the real life HBCU experiences and graduates in my life but also by the fictitious HBCU institution of Hillman College. Hillman College was the set, school and backdrop of the successful sitcom “A Different World” which was birthed  as a spin-off from the unprecedented “Cosby Show.”

Today, I am excited to see recent attention getting images of the HBCU experience turn into opportunities and obligations for education to be a focus for this generation. Most recently, ABC television viewers had the opportunity to see the importance of the legacy of HBCUs brought to the forefront in Kenya Barris’ 2018 black-ish episode entitled, ‘Black Math’ (Season 4/Episode 18) which features a college visit to Howard University in Washington, D.C.

The recent focus of HBCU culture during Coachella on stage did not end on stage.  Beyoncé became the first black woman to headline Coachella in 2018 since this musical featival’s inception in 1999.

Representation That Was Previously Left Out, Undeniably Stood Out
-without question.

Beyoncé’s stand out performance lives beyond the stage as her Beygood initiative recently established a Homecoming Scholars Award Program for the 2018-2019 academic year awarding $100,000 to universities Xavier, Wilberforce, Tuskegee and Bethune-Cookman.

As each of us has the opportunity to stand out, let’s collectively decide to take a stand that when given opportunities, we will platform intelligence in the place of ignorance, celebrate creativity in the place of chaos and foster collaboration over competition! Perceived progress that results in individual gain, but moves the culture backward is not progress.

Once Left Out. Now Called Out. Forever Standing Out.

*HBCUs house thousands of brilliant students of color, employ countless prolific professors and dispatch millions of alumni who are literally world changers. The campus culture empowers individuals in a way where graduates leave believing that limits are imaginary. Thus, the contributions of HBCU graduates to this globe are immeasurable. 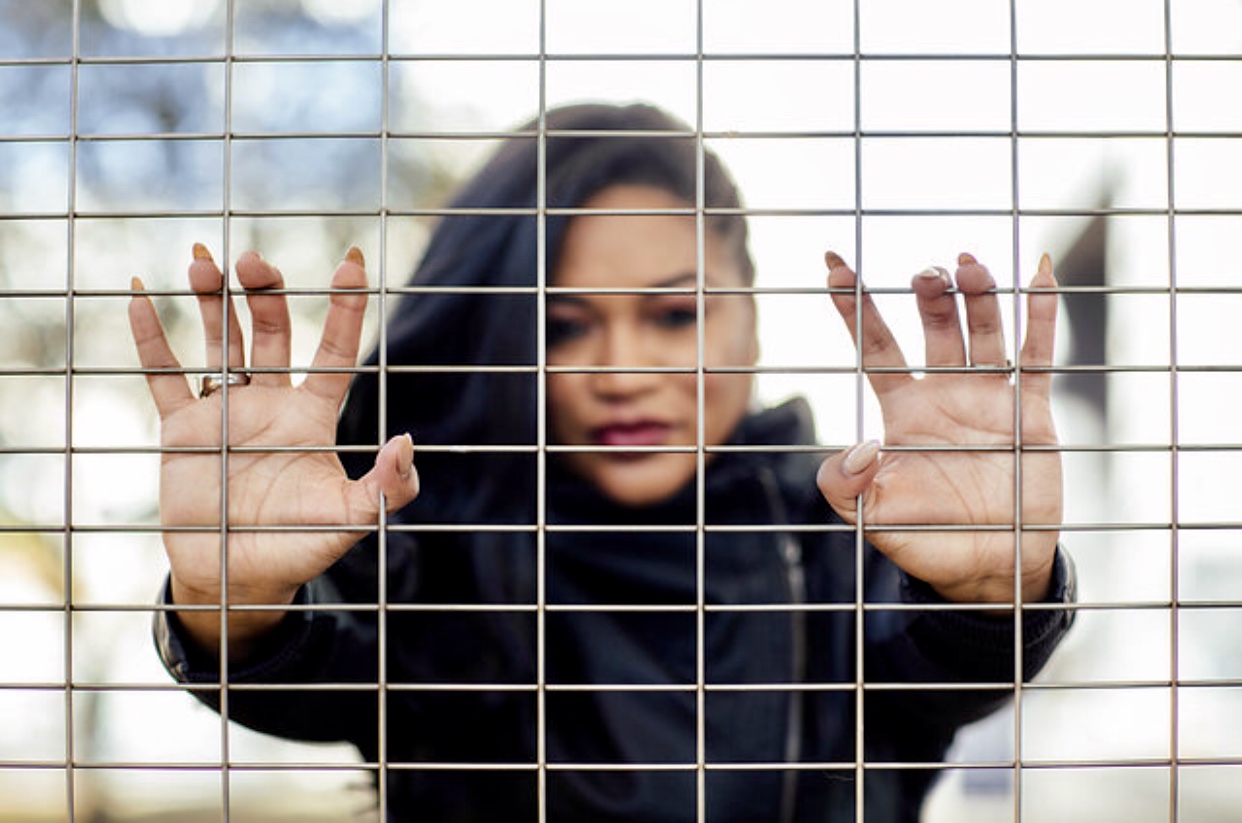 Have you ever felt barred by your own past decisions, failures or mistakes?

Have you ever felt confined by the mindsets and opinions of others?

Are you living a CAGED life?

A cage is a structure designed to confine, contain or restrain what/who is within the enclosure.

In order to live a life uncaged, you must take the effort to assess and destroy the bars that you have adapted to living within.

What immaterial materials have constructed your cage? Insecurity, false accusations, destructive self imaging, hurts, rejection, abuse or all of the above?

Exercise confessing God’s word as your demolition process to live a life UNCAGED?

Father I thank you that according to Philippians 4:13 I can do all things through Christ who strengthens me! I can be free!

Father I thank you that according to Romans 8:37 in all these things we are more than conquerors through him who loved us. You made me to be free!

Father I thank you that according to John 8:36 if the Son sets you free, you will be free indeed. I am already free! Help me to function in every area of my life accordingly!

Blink! The first month of the year is over!

In order to not take a moment for granted, we are teaching our kids to make a monthly report of what God has done each month!
We are all Ending The Month Of January With A Praise!
Good days always outweigh the sad or bad days! We Made It Through The First Month Of #20GREATEEN!!! Brought in the first hour of the year in recording a Live Album @FellowshipChicago !!! Had Amazing Worship Experiences 3 times every Sunday at Fellowship Chicago! Grammie(What We Call My Mom) Turned 69 With Basketball Celebrations! Added Much Needed Exercise/Boxing To The Schedule! Put on your seatbelts! Princess (our oldest) Began Driving Lessons!

As for February, We are already expecting a year’s worth of blessings in MONTH 2 of #20Greateen! Expect The Great!

Recommendation: Read 1000 Gifts by Ann Voskamp and explore her perspective on gratitude! The November Edition of the WIFELINE featuring our amazing women in ministry @fellowshipchicago! Click the link to hear the powerful testimonies of Minister Aurelia Jackson and Reverend Monica Foster.

Plan now to call in and tune in for December’s Wifeline Edition from 6:00am until 6:30am (Central Standard Time). The October Edition of the WIFELINE featuring Pastor Latonia Lambert!

Plan now to call in and tune in for November’s Wifeline Edition from 6:00am until 6:30am (Central Standard Time). Plan now to call in and tune in for October’s Wifeline Edition from 6:00am until 6:30am (Central Standard Time). Plan now to call in and tune in for September’s Wifeline Edition from 6:00am until 6:30am (Central Standard Time). For the May Edition of the Wifeline, I am sharing my personal long time mentor with YOU: The one and only Lisa Ballard!

Elder Lisa Ballard is a wife, mother, grandmother, preaching powerhouse, and First Lady of the Sunrise Full Gospel Baptist Church of Chicago. Her unfiltered Godly wisdom and anointed candor will bless your life!